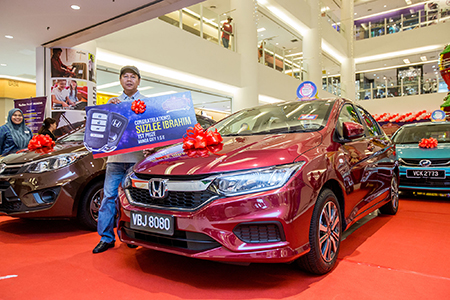 In conjunction with the Christmas and Chinese New Year celebration, The Store Group presents Double Festivals (Shopping) Grand Rewards contest which was kicked off on 1 December 2018 and to be ended on 3 Mac 2019. With minimum spending of RM50 in a single receipt at The Store, Pacific and Milimewa and stand a chance to win a attractive prizes as below:-


Meanwhile, customer also might stand a chance to win an instant reward when they spend a minimum of RM30 in a single receipt.

The Store Group exclusive redemption programme – Grunstadt Cookware Series are offered exclusively for The Store and Pacific customers only.

Grundstadt Cookware Series with 5 ranges of cookwares is ready to redeem with collecting stickers.

The Store Group in aid of Yayasan Budi Penyayang Malaysia to help the hearingimpaired children under TUTUR programme. TUTUR is a programme for the hearing-impaired students who required auditory rehabilitation services especially on speech therapy. A mocked cheque amounting to RM100,000.00 was presented by Winky Pek to Dato’ Leela during the event while witness by Adibah Noor and others group’s management.

During the same event, The Store Group launched a new charity campaign to aid cancer children of University Malaya Medical Centre (UMMC), namely “Hope for Childhood Cancer” from 15 October 2018 till 31 March 2019. The fund will help alleviate the financial burden of cancer treatment falls on family.

“We hope our customers will continue support them, be their HERO, donate to save their lives” said by Winky Pek during he delivered the welcoming speech at the event. 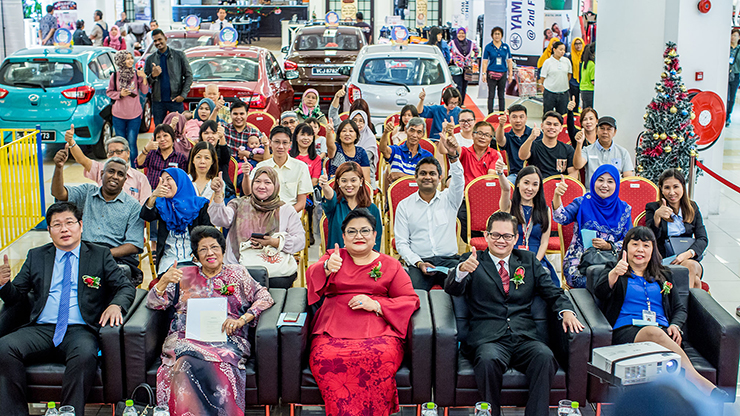 All the VIPs and invited guest showing thumbs up and enjoy an exciting activities during the event.